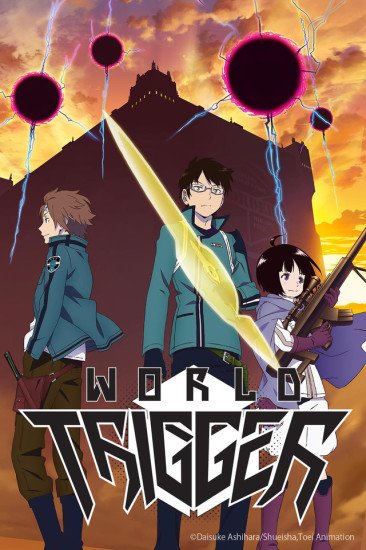 An announcement made by World Trigger in its Twitter account stated that the 14th and last episode of Season 3 would be rescheduled on Saturday, January 22, due to Tsunami Alert.

Despite the episode being scheduled to run this Sunday on TV Asahi and its affiliates, the stations had to postpone their programming because of special news briefings.

According to Anime News Network, the Salaryman’s Club anime series was previously planned to launch in the World Trigger 3rd Season timeslot on TV Asahi’s NUMAnimation programming block, which will air next week. In an announcement made on Sunday, the official website for the Salaryman’s Club anime informed that the show’s premiere has been moved to Saturday, January 29.

Tonga’s largest island, Tongatapu, was struck by tsunamis on Saturday, January 15, due to an underwater volcano erupting in the South Pacific. The tsunamis also affected Hawaii and Japan.

As per the news reported by CNN, the eruptions emitted a plume of ash, gas, and steam that rose 20 kilometers into the atmosphere. As a result of the eruption, satellite imagery revealed a large ash cloud and shockwaves.

The capital of Tonga, Nuku’alofa, was inundated with ash on Saturday evening, and phone services were down.

CNN also reported that Japan’s Meteorological Agency issued a tsunami warning for the country’s coastal districts early Sunday morning, with waves reaching up to 2.7 meters in the northeastern region of Iwate, and numerous minor tsunamis have been reported in a variety of other locales.

The meteorological agency reported all tsunami warnings were lifted by Sunday afternoon. Officials of the weather agency ruled out more tsunamis across the country, but noted tidal fluctuations.

Numerous networks delayed TV broadcasts to prioritize breaking news alerts during this period. The season finale of World Trigger anime was postponed 23 minutes after the scheduled airing time, according to the official account on Twitter, according to Siliconera.