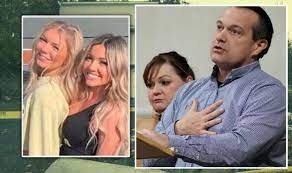 A mourning father cries out his sentiments as the police refuses to give out more information to the public. (Photo: WTX News)

To protect the investigation, Idaho Police have reiterated that they do have information about the murders of four University of Idaho students last months, but said seldom details will be released to the public. Moscow Police Department Captain Roger Lanier said they have a lot of information and are specifically keeping the information from the public.

He also stated that they are not releasing details because they do not want to compromise the investigation and continued that they vow to the families of the victims to safeguard the latter. Finally, the captain reiterated that they do not only want an arrest but a conviction.

A mourning father cries out his sentiments as the police refuses to give out more information to the public. (Photo: WTX News)

A fox News Digital report stated the remarks of Kaylee Gonclaves’ father Steve Gonclaves branded the Moscow PD as “cowards” over their handling of the homicide investigation, which entered its fifth week on Sunday with no named suspects. The father told Fox that his daughter and her friends Madison Mogen, Xana Kernodle, and Ethan Chapin were found with “big open gouges” caused by what he described as “a strong weapon”.

According to the published post by Independent, the mourning father stated that the nature of killing the girls was the work of a sadistic male and slammed law enforcement for not releasing more information to the public.