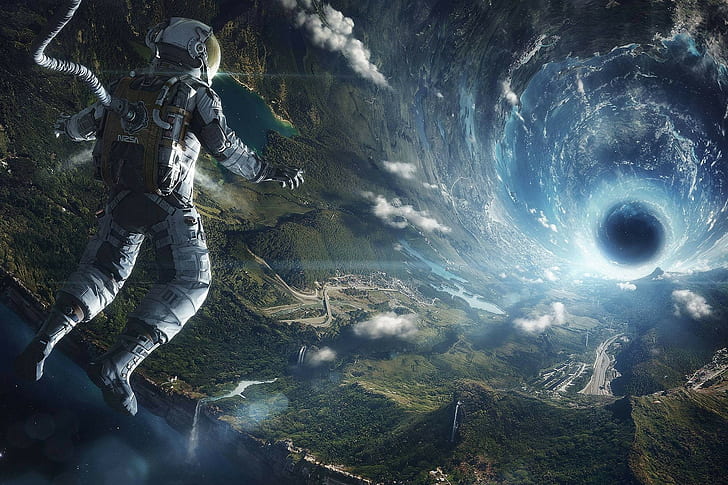 Black holes are always been in trend and catch most people’s interest and attention whether they are scientists or common people. In our universe, when scientists control and try to find new information and data about these regions, here we all are very attracted to and interested in these concepts of science. In an experiment, scientists have succeeded and created a replica of a black hole, and it is able to solve many questions and doubts about this phenomenon, as reported by Science Alert.

In order to simulate the event horizon of a black hole, a team of researchers used a chain of atoms arranged in a single file and discovered the analog of Hawking radiation. The term “Hawking radiation” refers to fictional particles thought to be produced by a black hole’s edge. According to reports, this radiation indicates that the temperatures of black holes are inversely related to their masses. To say it in simple words, a black hole will glow hotter, the smaller it is. The general theory of relativity, which describes gravity’s actions as a continuous field identified as spacetime, and quantum mechanics, which employs probability theory to describe the behavior of discrete particles, are two presently incompatible frameworks for understanding the universe. Scientists believe that this discovery may help to resolve this confusion.

Black holes play a role in this. They are so dense that nothing can escape from near a black hole’s center of mass over a certain distance. The event horizon refers to this range, which differs based on the black hole’s mass. Since nothing ever returns with important information about an item’s fate, we are left to simply assume what happens once it crosses its border.

Even if Hawking radiation exists, it is now too low for humans to see. We may never be able to distinguish it from the sizzling static of the universe. However, by creating black hole analogs, scientists may study their characteristics under lab circumstances.