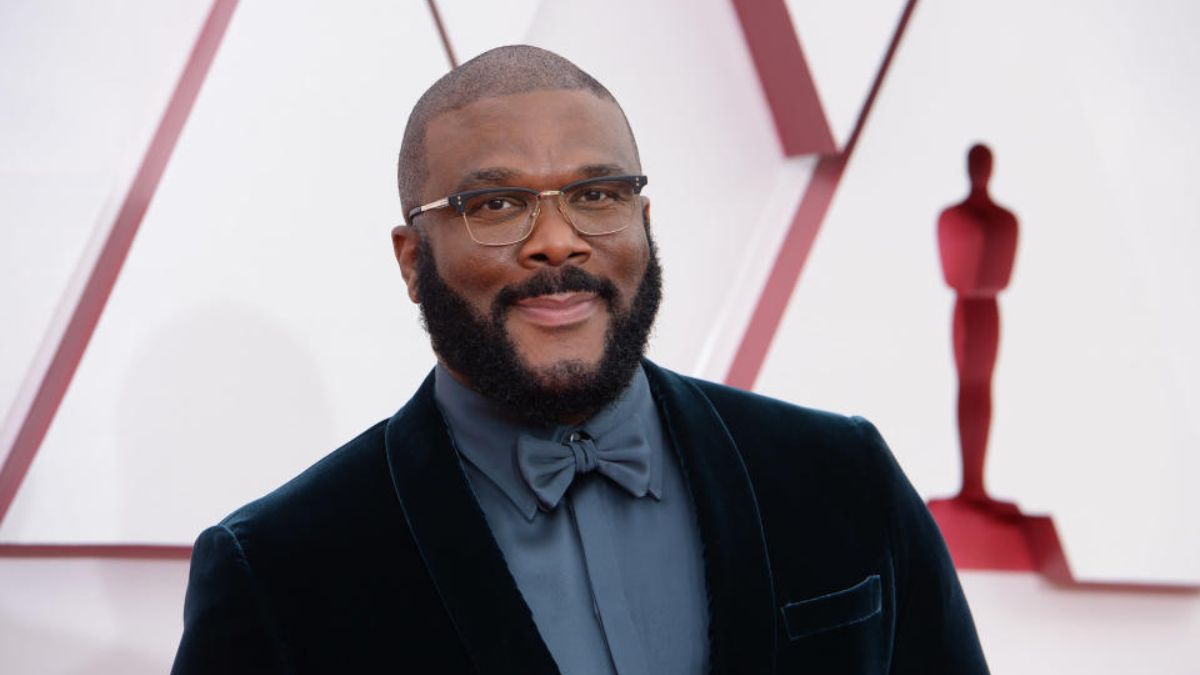 Tyler Perry is the kind of director whose name may be used as a possessive before the title of a picture. Why Did I Get Married? by Tyler Perry is one example. , Temptation by Tyler Perry, and of course the immensely popular Madea series. Over the course of two dozen films, Perry has developed a style of directing that leaves both studio officials and his audience aware of what to expect. The name and brand Tyler Perry are associated with a particular genre of film: overtly commercial fodder with a message. A Jazzman’s Blues, Tyler Perry’s most recent feature, is not that movie, as the director explains over the phone from his office at his namesake Atlanta studio: “People are not expecting this kind of movie from me in any sense, but I always knew it was there.”

Based on Perry’s initial script, the movie will have its world premiere at the Toronto International Film Festival on September 11. Without a very fortunate encounter with one of the country’s greatest playwrights, the movie might not have been made. Perry spent a considerable amount of time sneaking into Atlanta’s famed Alliance Theatre during intermissions while he was homeless and living there in the mid-1990s. Perry worked up the nerve to approach August Wilson in a nearby cafe after seeing a rendition of Seven Guitars by August Wilson.“I was telling him the kind of plays that I had written and what I wanted to do, and he was so encouraging with me,” Perry recalls. “I went home, and Jazzman poured out of me.” 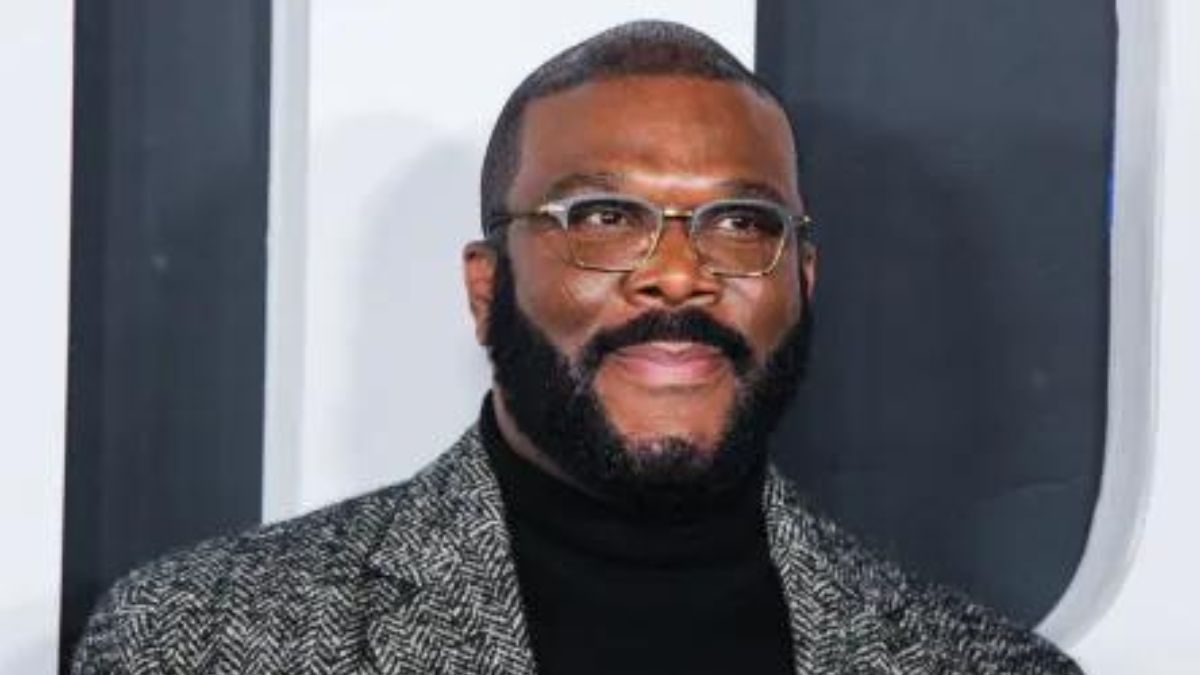 Jazzman focuses on Bayou, portrayed by newcomer Joshua Boone, a young Black man in 1940s Louisiana who succeeds as a jazz singer but renews his love for his childhood sweetheart, now a married woman who passes for white, ultimately pitting him against the racist leadership of a small Southern town. The endeavor was Perry’s first significant entrance into Hollywood, and the budding director had lofty plans to feature in the picture with Will Smith, Halle Berry, and Diana Ross in a supporting roles. Before being set up at Lionsgate, his long-term theatrical home, in the middle of the 2000s, Perry met with Debbie Allen, who at the time had a producing agreement with DreamWorks. This meeting sparked some initial interest in the script. But “we never could get it done,” claims Perry.

Then the Madea movies gained popularity. But even as he started to experience the success he had been hoping for, doubts about his ability to keep writing hit songs started to surface. According to Perry, Black filmmakers in the studio system have a difficult time getting second chances. He looked at the script for Jazzman and thought, “I’m going to do this one day, but right now I have to establish that I am a box office draw.”

After 25 years, a 330-acre studio complex, and a billion-dollar valuation, Perry thought he was finally in a position to bring his vision to life. This argument may be interpreted as both a testament to Perry’s personal ambition and criticism of the industry as a whole, where a Black creative could only feel secure enough to pursue a passion project once he was inside the walls of his own studio.

“It didn’t happen then, but times change,” says Allen, who did the choreography for Jazzman. “And if it did happen then, they probably wouldn’t have let him direct it. This [movie] says a lot about who he really is.”

Jazzman has played a part in Perry’s struggle with his past, both personal and professional. The film, which is set in the South during the Jim Crow era, addresses racism, colorism, and white supremacist revisionism. Perry recently began researching his family’s ancestry and came upon a photo of a grandma he never got to meet. “She looked like a white woman,” Perry says. “As I’m doing the research now, we think that there’s another part of my family that passed for white because there’s a town in Louisiana that’s named after them. And that’s the only way that could have happened.”

Perry has personally dealt with colorism within his own family. “Where I grew up, the lighter the skin you had, the better you were and the more successful you could be,” he says. “My father adored my older sister — he called her ‘Red’ because she was so light-skinned. And me and my [other] sister were treated poorly because we had brown skin.”

Despite the fact that Perry began writing the first draughts of Jazzman more than 20 years ago, he believes that with the current push to ban talks of slavery and racial issues in schools, the movie may now be more important than ever. “[There is an] assault on our history — the history of Black people in America, the history of slavery, the history of Jim Crow,” he says. “There’s this effort to homogenize it and water down and rewrite it.”

Building his company in Georgia, a state with a history of being a hotbed of tax-incentivized production and a common battleground for voting rights and abortion access has put Perry in the middle of an existential struggle between the interests of his company’s bottom line and its professedly liberal values. “I am very aware that I am a Black man in Georgia,” he says. “And even though it’s 2022, I still have to be extremely careful how I move through politics.”

In fact, Perry has always taken extra care to avoid overt displays of partisanship, even though he has hosted fundraisers for people like Barack Obama and more recently encouraged his social media followers to vote in the Senate runoff election that was ultimately won by the Rev. Raphael Warnock and Jon Ossoff. “I have thousands of people coming to work here — a lot of Black and brown people who’ve never had a shot in the industry are coming to work through these gates,” he says. “So, there’s so much I want to say and so much I want to do, but I have to think about all of them as well.”

And coping with his detractors. While Idris Elba, Viola Davis, and Kerry Washington all received early career credits from Tyler Perry Productions, Perry reached out to several up-and-coming actors when casting his major character in Jazzman, but to no effect. “We were talking, they were really excited, and it just fell apart,” he says. “And here’s what I understand: They have management and they have teams. And the management and teams will say, ‘I don’t know about this because of Tyler Perry’s …’ ” he pauses, giving himself time to find the right words, “because of my not-so-great relationship with the critics of my films.”

Perry is well aware of his reputation among movie critics. The films Perry has directed have an overall Metacritic score of 38.6. This understanding is accompanied by a stronger sense of obligation toward the Jazzman cast, which is made up primarily of up-and-coming actors. He explains, “I just wanted to protect them as much as I could.

Boone viewed the Madea movies as a child in Virginia with his family, and while he was initially a devotee, he later developed different tastes. “His work, to a degree, raised me,” Boone says. “I shared with him that I was his biggest fan and became one of his harshest critics.”

Boone makes a point of highlighting what he initially perceived as Tyler Perry’s two sides: “From a business standpoint, especially as a Black man in this country, I have always had a desire to be around him. Tyler Perry is the man, I would love to encounter. Tyler Perry, the artist, I [was] iffy about whether or not I wanted to make that happen.” Boone, however, recognized the chance to both convey “a story of impact” and gain first-hand knowledge of Perry’s methods when he read the script for Jazzman. Now that Perry directs, writes, acts, and produces in addition to having his own studio, he compares him to a contemporary Charlie Chaplin and feels that Perry doesn’t get enough credit. Notes Boone, “From the outside in, we have missed so much.”

Perry seemed more than willing to share aspects of himself that may have been overlooked. “This was the first time I’ve ever enjoyed directing,” he says. “Because when you’re doing things like Madea and Why Did I Get Married? I really enjoy the finished product and what my audience gets from it and how much they love it. But the process to get there was always just work.”

He is eager to delve into more of the unexpected after Jazzman. He’s been kicking around the concept for a zombie movie and has a World War II project draught that’s almost finished.

“I want to play in a few different areas, just to let people know that just because I hadn’t done it doesn’t mean that I couldn’t.”