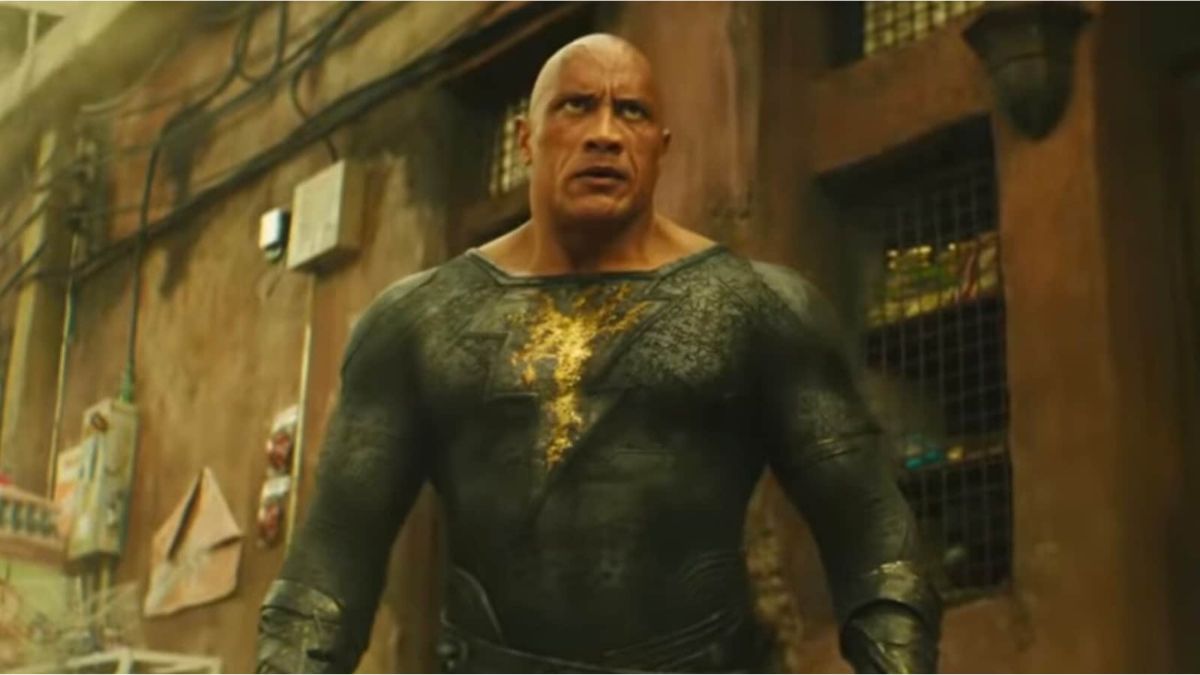 The Black Adam teaser has been released, giving DC Comics fans a closer look at Dwayne Johnson’s portrayal of the eponymous superhero. This is The Rock’s debut picture in the genre, and there is a lot of buzz about the film, which is slated to enter theatres on October 21.

The Rock stars as Black Adam, a formidable anti-hero and sworn foe of Shazam, who will be played by Zachary Levi in a 2019 origin film and the upcoming sequel Shazam: Fury of the Gods. The Film Black Adam Has Taken A Long Journey

Black Adam will be launched later this year after more than a decade of work. Johnson was slated to make his DC debut in 2019’s Shazam! as Black Adam. When the spinoff for his character was approved in 2017, however, his role was deleted.

The Justice Society Of America

Members of the Justice Society of America, an iconic group akin to the Justice League, will also be introduced in the future film. Hawkman is played by Aldis Hodge, Atom Smasher is played by Noah Centineo, Cyclone is played by Quintessa Swindell, and Doctor Fate is played by Pierce Brosnan. Marwan Kenzari, James Cusati-Moyer, Bodhi Sabongui, Mo Amer, and Uli Latukefu are among the others who will appear in the film, as well as the nefarious Intergang.

In the first trailer for the film, Hawkman, Atom Smasher, Cyclone, and Doctor Fate were shown for the first time. Brosnan’s appearance drew the attention of the audience.

The forthcoming picture will have a different tone than any of the previous DC flicks, as evidenced by the trailer. Some of Blck Adam’s abilities, such as super speed and strength, are demonstrated in the trailer while he struggles. Don’t worry, you’ll be blown away when the movie comes out. Another factor that the producers will rely on is The Rock’s innate sense of humor.