The holiday season is a period for giving, an 11-year-old kid from Cedar Park is repaying those who have served by making wreaths one at a time. “Remmer Machamer” has been raising money to sponsor wreaths for veterans’ graves at Texas State Cemetery for the past four years. He hopes to help in placing wreaths at 3,300 graves this December.

He first discovered efforts to place wreaths on the graves of all American veterans while visiting with his mother at a Daughters of the American Revolution meeting. He claimed he learned about the 300 graves at the Texas State Cemetery that were left without a wreath at that meeting. “That bothered me a lot. I wanted to take action,” he declared. “So I prepared a speech and began knocking on doors to collect funds.” Machamer collaborates with Wreaths Across America in his effort to raise donations for wreath sponsorship. The Texas State Cemetery will get three wreaths for every two funded wreaths.

With less than 300 wreaths remaining before the Tuesday donation deadline, over 3,000 wreaths have already been sponsored through the Texas State Cemetery campaign. Machamer and his family spend numerous hours per week seeking money every November. He claimed that although the task is demanding, it is rewarding for families to discover that their loved ones would get a memorial wreath. 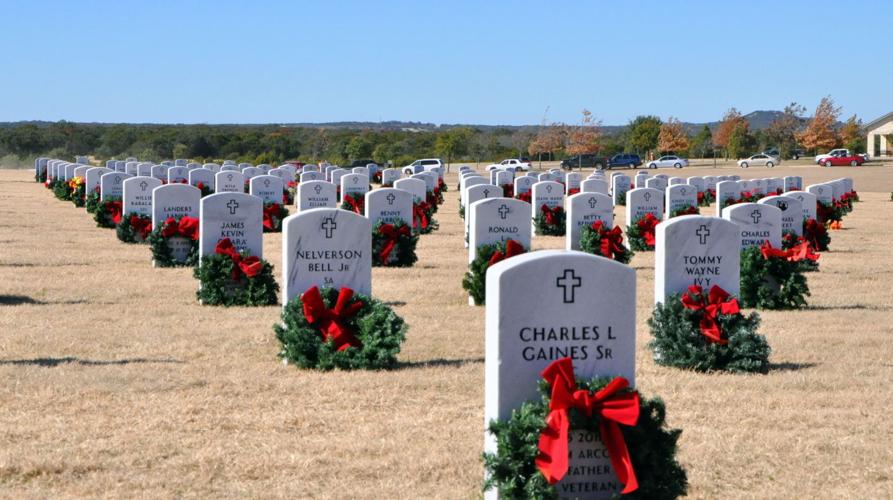 He stated, “I hope people will understand that it’s not about me, it’s about the warriors. It’s worth it for the soldier.” They have put their lives in danger to serve and defend our nation.

Behind the donation, he said anyone who wanted to support Wreaths Across America may participate in upcoming wreath donation campaigns or assist with cleanup activities. There will be a dedication ceremony on 17 December at 11 a.m. if all 3,300 soldier wreaths at Texas State Cemetery get sponsorship. He declared, “I think all soldiers must be remembered. No matter how insignificant their goal may have been, they all should be remembered.