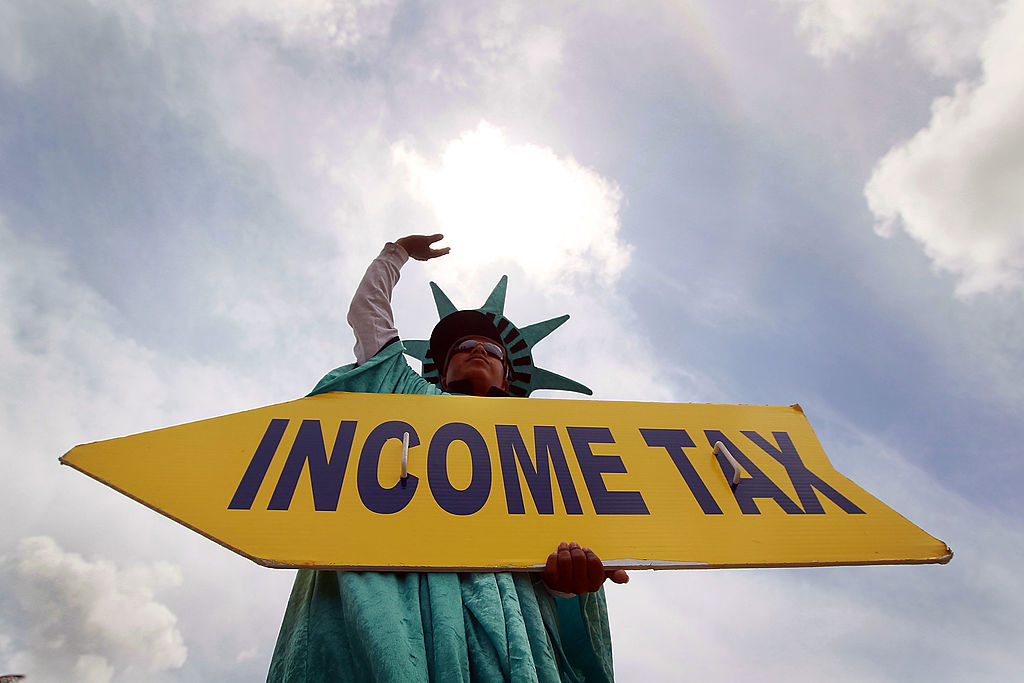 MIAMI - APRIL 14: Felipe Castro holds a sign advertising a tax preparation office for people that still need help completing their taxes before the Internal Revenue Service deadline on April 14, 2010 in Miami, Florida. With only one day to go before the April 15th deadline to file taxes, accountants around the U.S. are swamped with people who waited until the last day to file. (Photo by Joe Raedle/Getty Images)

The IRS is now collecting tax returns for the year 2022 during tax season. If you have all the required paperwork, such as your W-2 and 1099-K, you may file your taxes right away using one of our top selections for the finest tax software. However, you might want to keep your hopes for a sizable tax refund in check.

The IRS announced earlier this month that it had completed its revisions and that anyone it may have missed must now file an updated return.

In essence, the IRS has returned taxpayers’ responsibility for making corrections to previous tax returns. 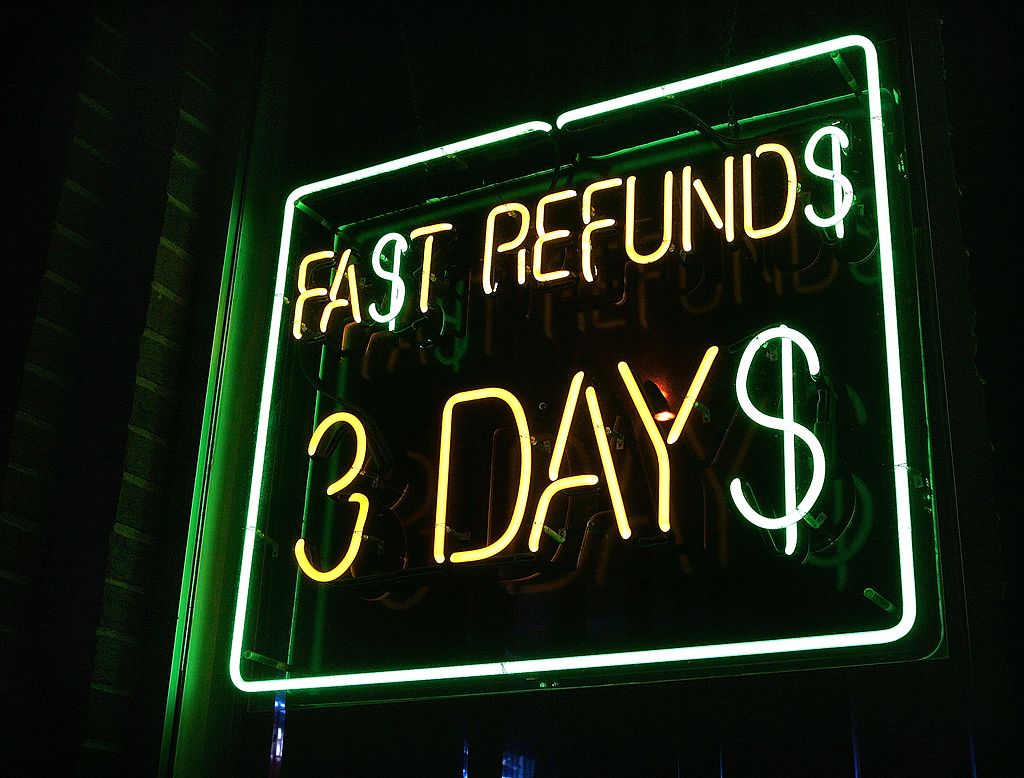 DES PLAINES, IL – APRIL 13: A neon sign that reads “Fa$t Refund$ 3 Day$” is seen in a window of a tax preparation office late-night April 13, 2006 in Des Plaines, Illinois. Some tax payers are waiting for the last minute before filing their income taxes before the April 17 deadline, extended two days because the official deadline date of April 15 falls on a Saturday this year. (Photo by Tim Boyle/Getty Images)

Accountants warn that this might be a significant hardship for those unfortunate individuals who must file a 1040-X, the revised tax form required to fix the problem, even if it is difficult to determine exactly how many people are impacted.

IRS May Owe You Money

However, the IRS has recently had a hard time keeping up with tax returns. The average refund last year was approximately $3,200, and nearly two-thirds of individual taxpayers were entitled to them.

The National Taxpayer Advocate, Erin Collins, stated last week in a Sacramento Bee report that “the IRS failed to meet its responsibilities to issue timely refunds to millions of taxpayers” for three years now.

With that, USA Today said state income tax returns might need to be modified as a result. The federal taxable income serves as the starting point for many jurisdictions that impose an income tax for determining the state taxable income.

Large tax preparers like Jackson Hewitt provide free “lookbacks,” which include reviewing up to three years’ worth of prior returns to determine if anything was overlooked or not accounted for.

If something is discovered, the preparer will offer to revise and resubmit it on their behalf for a charge. The same USA Today report mentioned that the costs vary depending on the region and the complexity of the return, but “often, it’s a relatively reasonable amount.”

Customers can also contact the Taxpayer Advocate Service, an independent division of the IRS, for assistance if they are still confused or experiencing tax problems.

ALSO READ: IRS Says Tax Refund May Be Smaller This Year: How To Avoid Shock?

How to Increase Your Refund, Reduce 2022 Tax Bill

Even though the tax year 2022 is over, CNN reported that there may still be some things you can do to boost the amount of money the IRS gives you or decrease the amount you will owe.

If you currently have a Health Savings Account and are enrolled in a health plan that qualifies for one, you still have time to make your deductible 2022 payments before the April 18 tax filing deadline.

If you make contributions to a conventional IRA, they could be deductible. However, the amount that is deducted is determined by your modified adjusted gross income and two factors: whether you have access to an employer-sponsored plan at work.

Neither you nor your spouse may be enrolled in a workplace retirement plan to receive the maximum deduction. Alternatively, if your adjusted gross income is $68,000 or less ($109,000 or less if you’re married and filing jointly) and you do have access to a workplace plan, you may still claim the entire deduction.