Stimulus checks have greatly supported US citizens in the recent pandemic. With three rounds completed, people are waiting for a fourth round, but the facts about the same are not known widely. Offering the much-needed help, various aspects are linked to stimulus checks that a citizen must know. 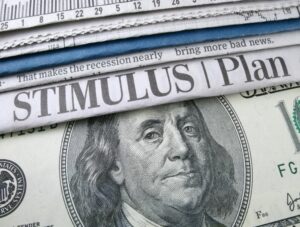 Calculated based on previous tax returns

The amount of the stimulus checks were based on the previous tax returns. Based on the review of the tax returns filed in 2019 or 2020, the eligibility for stimulus checks was confirmed. If your 2019 income was over the thresholds, but below the $75,000 for single filers or $150,000 for married filers, you may be eligible for the $1,400 stimulus via tax credits on your tax return.

Use and eligibility of stimulus checks

As per the common information, stimulus checks are usually used to pay off the debts or are saved. There are only around 15% who used the same to increase the spending.

The eligibility linked to the stimulus checks depends on the market scenario and current economic conditions. The same is also dependent on the applicant’s age and will need a thorough check before application.

No tax to be paid on the amount

Many people are perplexed by the nature of the stimulus cheques they have received. The confusion is linked to taxation mainly. Stimulus checks are not taxable since they are not considered part of one’s total income.

Additionally, you will still receive the amount of the stimulus check at the income of $150001.

There is still time to get the benefit

Every government-mailed United States Treasury check has a one-year expiration date due to security risk. People who did not get the entire amount of the third stimulus check can still receive their money by filing their taxes for 2021 and staking their claim for the money they’re owed under the recovery rebate tax credit, as reported by Yahoo! Finance.

The majority of those who have already received their stimulus checks will not be eligible for a rebate; however, those who have not received the entire amount will be eligible. The $1,400 Covid-19 relief measure and the Child Tax Credit fall into this category. According to IRS data, many taxpayers did not obtain their full credit, resulting in a rise in refund numbers.

New York, California, and Florida, among other states, offered further stimulus to inhabitants. Unlike the government stimulus payments, they were for specialized organizations such as educators and artists. Double-checking the terms, programs, and eligibility in such cases becomes crucial.

The next is probably not going to be there

It’s quite improbable that Americans will receive a fourth stimulus package. Since the previous stimulus checks contributed significantly to last year’s inflation, officials are unlikely to send another, fearing that the ‘inflation situation’ would deteriorate.