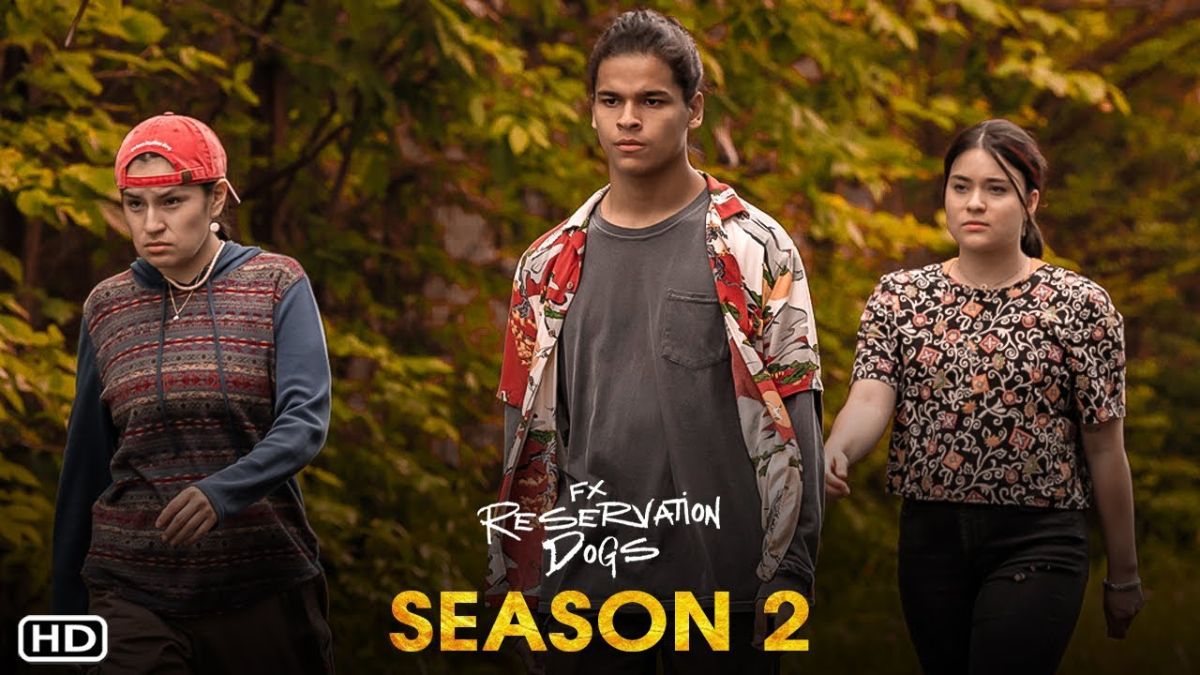 With brand-new episodes, Reservation Dogs season 2 is bringing TV audiences back to Rez Dog land after being one of the best tv shows in 2021.

Reservation Dogs was co-created by Sterlin Harjo and Taika Waititi. It is a unique show that relates to the lives of Indigenous youth and features outstanding representation both in front of and behind the camera. Indigenous writers, directors, and series regulars all contribute their own experiences to the show. The first season of Reservation Dogs appeared on more than 80 critics’ best of the year lists and was acknowledged with numerous awards, including being selected one of the American Film Institute’s Television shows of the year in 2021.

What will Season 2 of Reservation Dogs bring? Here is all the information you require about the comedy series.

On Wednesday, August 3, Reservation Dogs season 2 premieres exclusively on Hulu in the US. The first two episodes will stream on August 3 and the remaining episodes will air once a week on Wednesdays. The first season, which debuted on Hulu on August 9, 2021, was followed by the second one almost exactly a year later.

Disney Plus is where UK viewers can see Reservation Dogs, while Star Plus is where other foreign markets can watch the show. The latest episodes may be available a few months after their US airing even if season 2 hasn’t been given a release date.

Reservation Dogs follows a group of four Indigenous teenagers who reside in a rural area of Oklahoma. In an attempt to fulfill their friend’s wish to visit California after his death, the crew looks to steal, scam, and save their way there.

In season 1, things didn’t turn out the way they had intended. The Reservation Dogs’ plan failed after a few early successes, and everyone made the decision to go their separate ways. The following is what Season 2 of Reservation Dogs will entail, per the FX storyline summary:

“Elora ghosted Bear and took off for California with the Rez Dogs’ mortal enemy, Jackie, the leader of a rival gang. Abandoned by his closest friend, Bear seeks a male parental figure to teach him how to ‘be a man’ — but his choice of uncles to emulate leaves a lot to be desired. Meanwhile, Willie Jack thinks everything in their town is falling apart because of the curse she cast on Jackie and she’s determined to put that genie back in the bottle. Cheese, who, like Willie Jack, decided that Cali wasn’t for him, reunites with his grandmother who isn’t his grandmother.

“Lucky for the kids, they have the support of their loving and eccentric community of aunties and uncles to see them through, including Bear’s mother Rita, local law enforcement Big, Elora’s Uncle Brownie, Willie Jack’s parents Dana and Leon and Spirit, aka William Knifeman.

“Reservation Dogs has curses and catfish, dance numbers and trust falls, decent people, terrible people and a cavalcade of supporting characters who color and shade this already vibrant world.”

The four teens who make up the Reservation Dogs, Lane Factor as Cheese, Paulina Alexis as Willie Jack, D’Pharaoh Woon-A-Tai as Bear Smallhill, and Devery Jacobs as Elora Danan, are the show’s stars. The four of teenage actors made a breakthrough with the performance.

Reservation Dogs is an FX on Hulu show, which signifies that it is only accessible on the Hulu streaming platform. Only Hulu subscribers with a standalone subscription, those who have the Disney Bundle, those who have Hulu with Live TV, and those who can watch the streaming service’s premieres of all new episodes can watch any of the season 1 episodes.

Disney Plus offers Reservation Dogs to UK viewers outside of the US, while Star Plus offers it to viewers everywhere else.