After authorities claimed they ran an illegal nightclub and sold drugs out of a Miami-Dade restaurant, around a dozen people were taken into custody.

According to Miami-Dade Police officers, the investigation that led to the 11 arrests started after several complaints and reports about a nightclub operating out of the Corvina House restaurant at 7844 Coral Way. 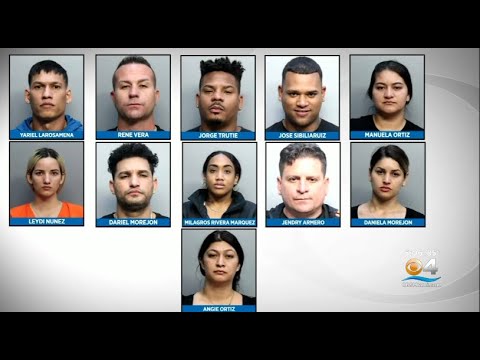 Based on arrest reports, undercover police and secret informants visited the restaurant; they were able to buy alcohol and substances like cocaine and ecstasy.

Authorities told the alcohol was sold without a permit. Officials reported- in addition to the arrests; many guns, money, alcohol, and drugs were also seized.

The police also recorded a drug sale video and security footage from the nightclub.

The 11 suspects; including five women and six males are accused of possessing narcotics, a restricted substance, and drugs to resell.

Miami police stated, “There were several young waitresses, the narcotics were circulated by them,” elaborated by Miami-Dade PD Sgt.