The show’s first trailers were unveiled in a television event on October 12, 2020, during MIP Junior 2020, which had been announced on September 7th, 2020. 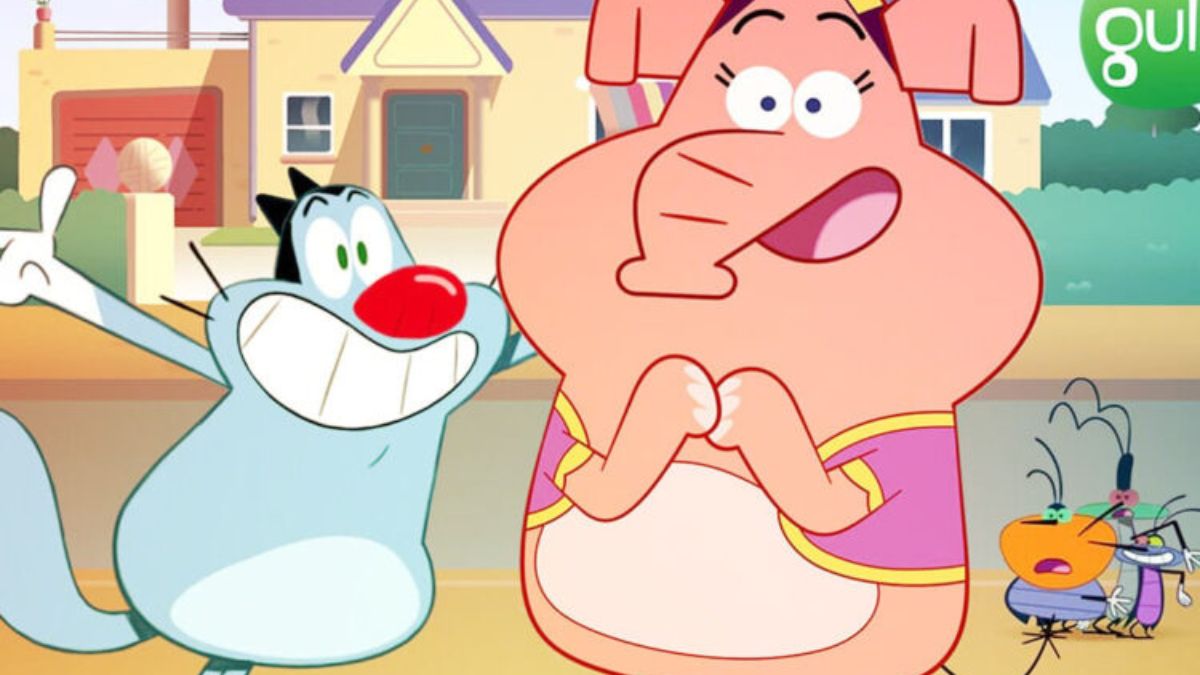 On November 8, 2021, “Oggy and the Cockroach’s next generation” will premiere on Gulli. The rebooted television series will premiere globally on July 28, 2022, on Netflix.

The display has a new art style consistent with Xilam’s recent presentations that places a greater emphasis on the elements of friendship and fun, even if the show is still true to Oggy and the Cockroaches as it now stands.

Being a no-talk comedy, the storyline is mainly conveyed through gestures and facial expressions. The audience, and especially the kids, really enjoy it.

The focus of the plot will be on the familiar faces, but there will be a new character this time: Piya, the daughter of Oggy’s Indian pals.

She unintentionally gets Oggy into trouble, which is profitable for the cockroaches.

The trailer features the charming character animation as well as the way that Oggy is taunted by the bugs.

Oggy will unintentionally run into a difficulty with Piya even though she seems sweet and polite.

Oggy and the Cockroaches: The Next Generation features the same characters as the first season.

will only have a small number of intriguing new characters, such as Piya, who is the Indian friend of Oggy’s daughter who causes him troubles.

Oggy, an anthropomorphic cat who is frequently tormented by the three cockroaches but yet maintains a love-hate relationship, is one of the important and rational elderly characters.

He spends his days with Dee Dee, Marky, and Joey the three cockroaches, watching television, eating, or completing homework. The youngest, Dee Dee, might occasionally prove to cause trouble due to his constant want to eat.

The tallest guy is Marky, who also has foul breath. He is naughty and enjoys reading books. Joey, on the other hand, is the shortest but more rational than the other two. He and Jack are both cats, but Jack is more aggressive and violent.

He is always trying to come up with new solutions to get rid of the cockroaches because he likes physics and science.