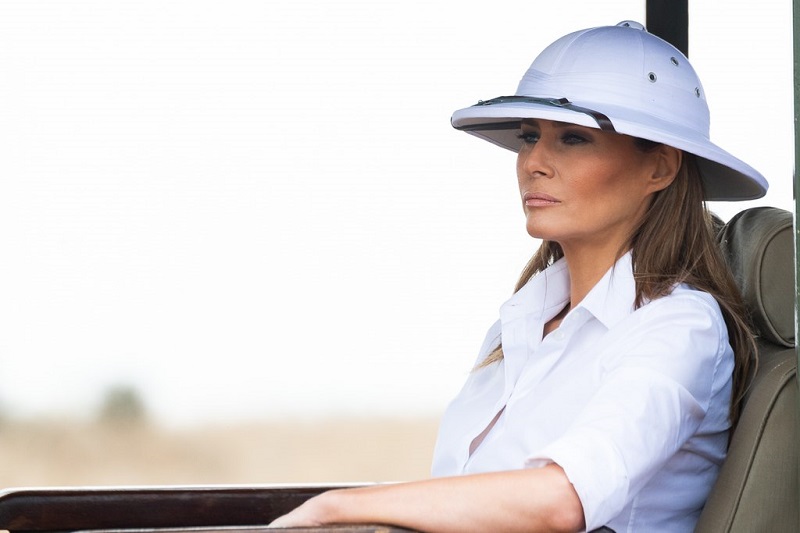 Although the winning price in the auction looked to originate from the project’s founders, Melania Trump has denied buying her own NFT. According to a series of blockchain transactions, the cryptocurrency used to purchase the NFT originated from a wallet belonging to the company that initially placed the token up for sale.

In today’s money, 1,800 SOL (about $185,000) was the winning price. Non-fungible tokens (NFTs) are one-of-a-kind digital tokens intended to represent ownership of items like art, collectibles, and music.

In January, Trump issued an NFT with a digital artwork of a white hat that she wore on a state visit in 2019. The winning wallet’s address, as well as the history of the offer, were published on Trump’s website the same month.

Per Newsweek via MSN, this allowed crypto experts to use blockchain transactions to track down the money’s origin. According to her, the transaction did not originate from the former first lady’s office.

Her website revealed last month that a bid of $170,000 had won her first offering in the Head of State Collection, 2022, which included a hat worn by the French president on his state visit to the White House in 2018, a watercolor of her wearing it, and an NFT of the painting.

It was bought using a cryptocurrency called 1800 SOL. The deal fell approximately $80,000 short of the objective due to the price decline. On Trump’s website, the address of the wallet that came up with the winning bid was revealed, allowing internet experts to use the transparency of Blockchain transactions to follow out where the money came from.

The offer was made to an address that had previously received 1800 SOL from another address, which was financed by an address that could be traced back to the NFT’s creator.
After the deal, the NFT founder refunded 1800 SOL to the middlemen. One reason might be that the consumer did not pay in cryptocurrency but in dollars, which had to be converted to SOL. Another explanation, according to the Daily Mail, is that it was an attempt to keep the price consistent when there was little demand.

Trump App Opens to Hundreds of Testers; What Is Former President’s First Post?