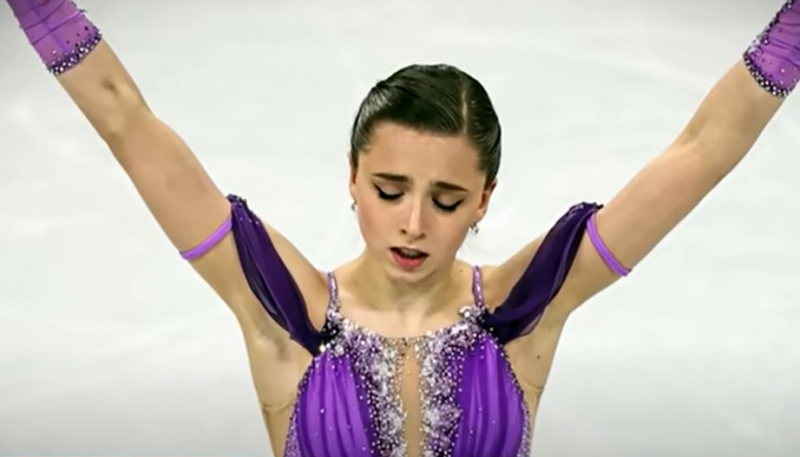 Before the 2022 Winter Olympics began earlier this year, Kamilla Valieva was a relatively unknown name. However, the 15-year-old figure skater has made more headlines and sparked more debate than she could have expected before the games started.

The latest doping scandal involving the Russian Olympic Committee involved teen figure skater Kamila Valieva, with reports on Tuesday revealing that the 15-year-old athlete tested positive for three different substances meant to improve heart function in a sample taken prior to her arrival in Beijing.

According to documents obtained by The New York Times, the Stockholm lab that initially discovered trimetazidine in her sample taken on Dec. 25 during the 2022 Russian Figure Skating Championships in Saint Petersburg, Russia, also detected two more substances not banned by the World Anti-Doping Agency.

Valieva’s sample tested positive last week after the Russian Olympic Committee won gold in the team event, resulting in her initial suspension. Per Fox News, the Russian Anti-Doping Agency removed the ban, but her appeal was heard by a Court of Arbitration for Sports (CAS) on Monday to determine if she may compete in the women’s event on Tuesday.

Valieva stated the banned chemical may have been mixed with medicine her grandpa took on a regular basis during her hearing when she was finally authorized to compete.

Because Kamila Valieva is under 15, the Court of Arbitration for Sport permitted her to continue participating after knowing of the failed drug test. Coaches, media pundits, and sports officials have all slammed the decision, demanding that she be penalized.

Although the two medications aren’t on the prohibited substance list, US anti-doping chief Travis Tygart expressed alarm about the findings. Kamila Valieva is in the lead heading into her last event at the Winter Olympics on Thursday. If Valieva finishes in the top three, there will be no medal ceremony, as per The Sun.

Virgin Galactic Opens Spaceflight Tickets; Here’s How Much is a Seat!

How Much Do Countries Pay Their Olympic Medal-Winning Athletes?