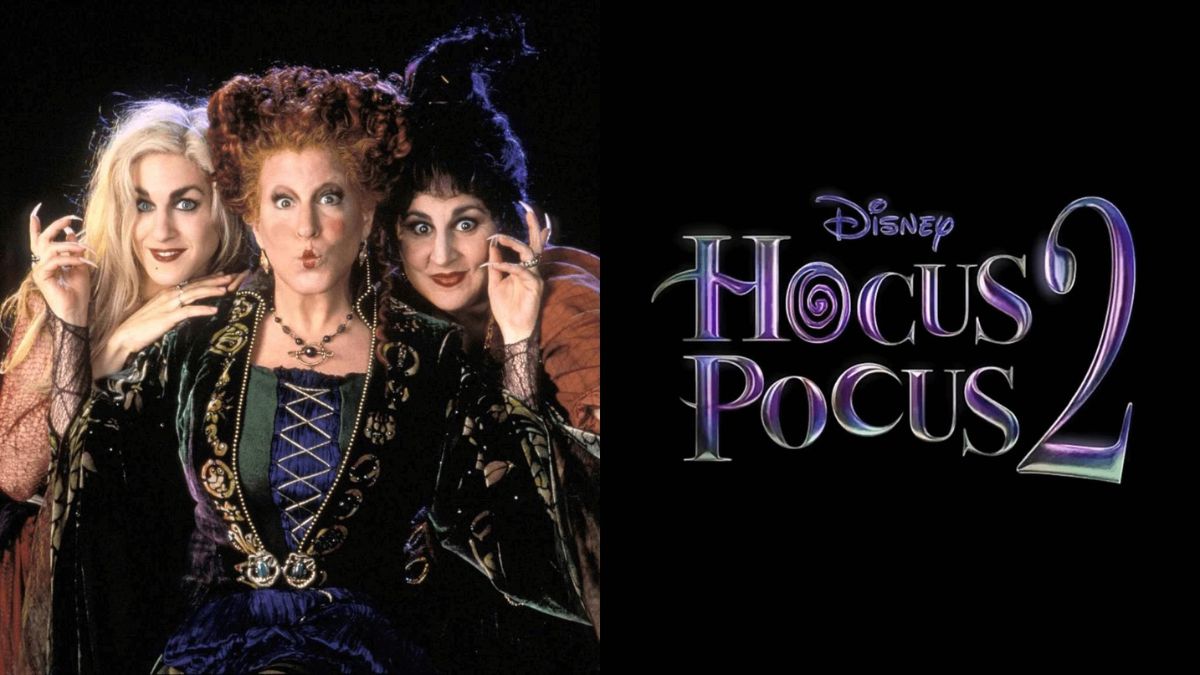 The long-awaited sequel Hocus Pocus 2 has, at last, unveiled the first trailer, which will be on our screens in time for Halloween!

The Sanderson Sisters return to Salem, Massachusetts, over 30 years after the events of the first Hocus Pocus movie, and Disney has announced an official release date.

Even if so many legacy sequels seem to be crass attempts to cash in on nostalgia, it’s difficult not to be enthused about a trip back to Salem in the famous cult classic that is the original movie. Here is everything you need to know about Hocus Pocus 2 because we can’t wait to see what the Sanderson Sisters have in store for us when they make another appearance. 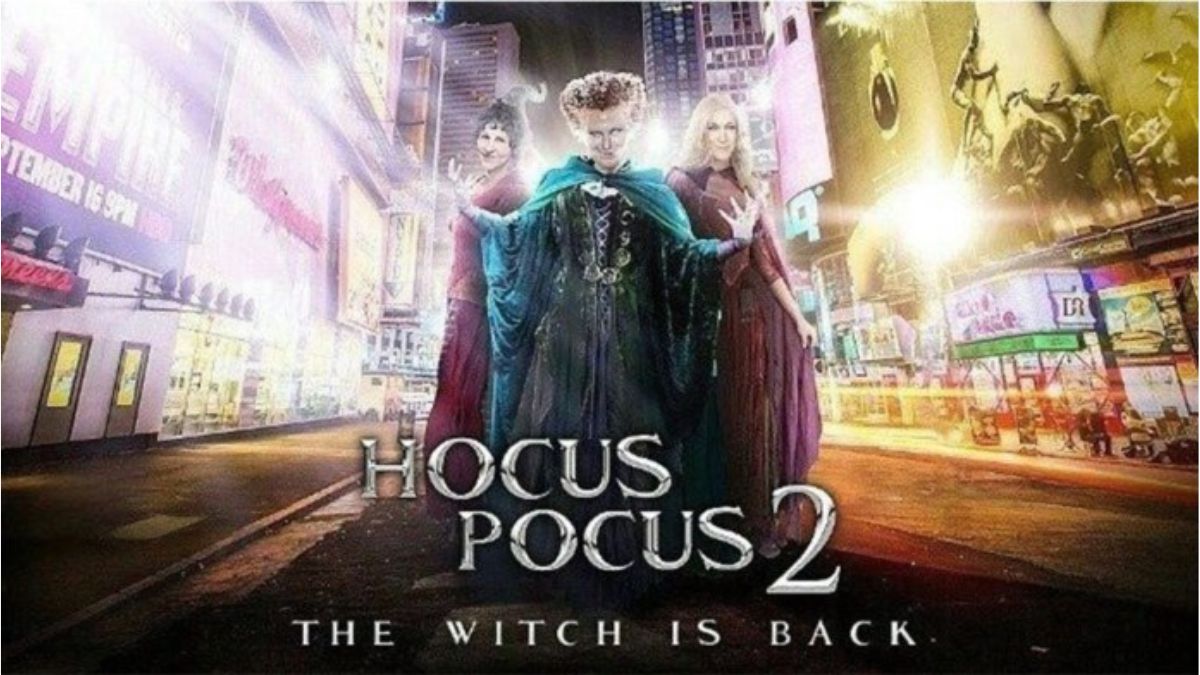 On June 28, 2022, the trailer was unveiled. A promotional poster was also released at the same time.

We had our first peek at the sisters before and had a quick taste of them in action. Additionally, the Disney+ 2022 teaser contains an entire second of video, so you may loop that as well.

The sequel will premiere on Disney+ on September 30, 2022, as was announced at Disney’s upfronts presentation in May 2022. On October 18, 2021, filming for the follow-up in Rhode Island began. It was finished by late January 2022.

In order to fill the witchy-shaped vacuum in our lives while we wait for Hocus Pocus 2, you can, of course, revisit the first film on Disney+. Everything appears to be on pace for the sequel to enchant us later this year, barring any unforeseen delays.

As Winifred, Sarah, and Mary Sanderson, respectively, Bette Midler had essentially announced in October 2020 that she will return for the sequel along with Sarah Jessica Parker and Kathy Najimy.

Although we had to wait for an official confirmation in May 2021 that the actors would really return as the witchy trio, a Hocus Pocus movie simply wouldn’t have been the same without them.

Omri Katz and Vinessa Shaw, who played Max and Allison, have not yet confirmed their return.

Sam Richardson, who starred in Veep, is one person we do know is in the sequel, but we don’t yet know what role he’ll be playing. Even the trailer doesn’t provide us much information beyond the fact that he’ll either be a shop owner or librarian in some sort of occult store. He has been making fun of the fact that he shares our love of Hocus Pocus.

Disney announced further new cast members for the sequel on Halloween 2021, including Ted Lasso, Hannah Waddingham, and Tony Hale, who co-starred with Richardson in the first Veep film in unannounced roles.

Although Waddingham is being coy about her part, it’s obvious that she shares our love of Hocus Pocus, just like Richardson.

“I turned up for my fitting in Rhode Island and the second assistant director said, ‘All the ladies would like to meet you.’ Honestly, my jaw dropped off. I went and sat with them in their costumes. Kathy Najimy, Bette Midler, and the mighty SJP,” she told sources.

She and Hale were not even hinted at in the first teaser.

We received the first plot details for the sequel along with the official announcement in May 2021.

“Three young women accidentally bring the Sanderson Sisters back to modern-day Salem and must figure out how to stop the child-hungry witches from wreaking a new kind of havoc on the world,” it reads.

This does like the book sequel that was published in July 2018 and focused on Poppy, the daughter of Max and Allison, her friend Travis, and a girl named Isabella whom Poppy has a crush on.

Poppy goes into the Sanderson home during a blood moon to impress Isabella and unintentionally revives the sisters. This could end up being non-canon because it’s unknown if this is exactly what will occur in the movie’s sequel.