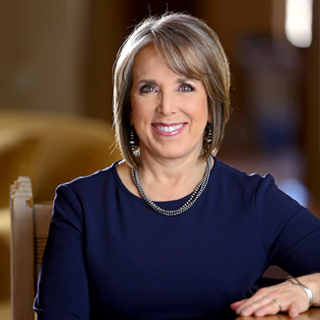 On Tuesday, Jan. 18, New Mexico Governor Michelle Lujan Grisham called on the Legislature in her State of the State Address 2022 to increase teacher pay, expand police forces, and care for aged veterans while cutting sales and Social Security taxes.

In a 30-day legislative session, politicians in New Mexico are attempting to use an unprecedented windfall of state revenue to support public education, law enforcement, health care, and climate regulations.

For Education, according to KVIA News, educator salary levels in the state’s three-tiered licensing system will increase along with the salary increase. This legislation would raise minimum teacher salaries to $50,000, $60,000, and $75,000, respectively.

Grisham stated that increasing the retention of instructors would result in higher graduation rates and higher reading levels across the state of New Mexico. According to her, they should not limit their options as long as they have the financial resources to complete their goals.

The governor also spoke about a proposal to reduce taxes for everyone in New Mexico, regardless of income. She is proposing a reduction in the state’s sales tax, stating that it would save more than $170 million per year if implemented across the board for all New Mexicans.

The governor also wants to see an end to New Mexico’s taxation of Social Security benefits.

As reported by KRQE News, despite the fact that recreational cannabis sales are scheduled to begin on April 1, 2022, the governor expressed his enthusiasm for the growing new economy. She asserted that legal cannabis will generate thousands of employment and significant tax income for local governments, which will be used to fund local services in every corner of their state.

Cracking Down on Crime

She also pushed for tougher punishments for some violent crimes, as well as laws that would allow more persons accused of violent crimes to remain in prison while awaiting trial. Nonetheless, public defenders have expressed concern that pretrial release is not associated with an increase in violent crime rates.

According to SFGate, Republican leaders stated that combating crime has been one of their top concerns for years, but that their legislative initiatives have been denied by the governor and the Democratic majority.

They asserted that the governor is only now rallying behind the issue because displeased residents will be voting in the upcoming election.

“We are going to pass a law this session that will keep violent criminals behind bars until justice can be done. We will put a wedge in the revolving door of violent crime in New Mexico,” said Grisham, as quoted in the report.

The governor also stated that she intends to seek $60 million in funding for the construction of a new veterans’ home. Currently, the existing residence in Truth or Consequences was constructed in 1936. She stated that she wishes to see voting rights are protected throughout the state.