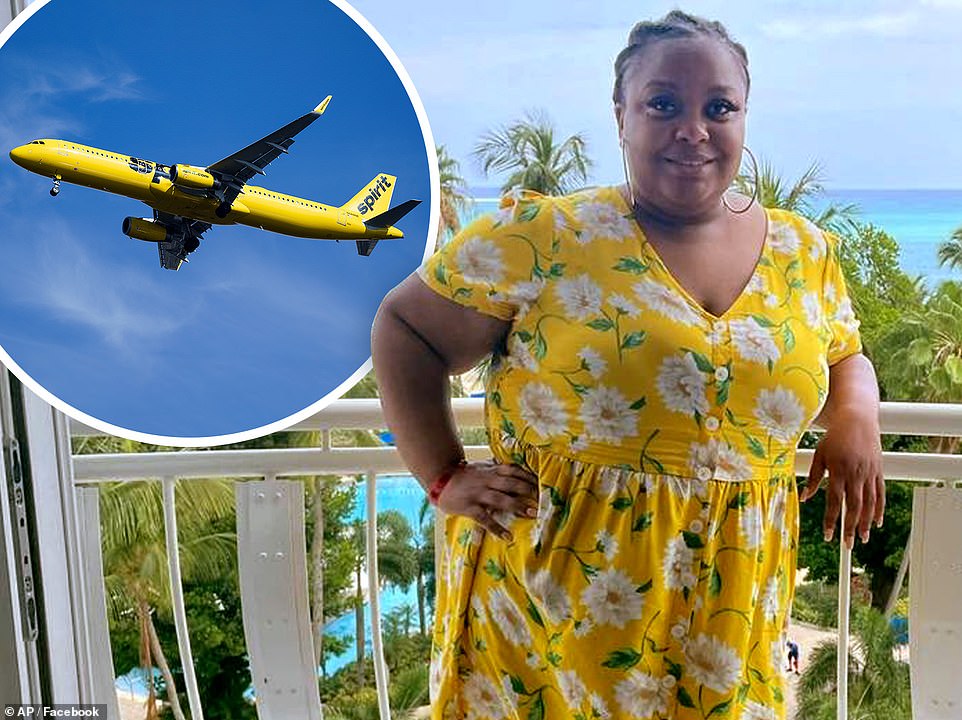 A female flight attendant for Spirit Airlines is suing the business, saying she was unfairly fired and discriminated against because she couldn’t fit into a crew jumpseat due to her weight.

Chelsia Blackmon, an African-American, says that she was the victim of racial discrimination after learning that a white coworker who also had trouble wearing their belt and fitting into the jumpseat remained employed after being offered the chance to reduce weight.

The low-cost airline does not have a set weight restriction for flight attendants, but they must be able to fit inside and secure the jumpseat for safety.

Some people have claimed on social media that ladies up to at least a size 18, with a waist of roughly 40 inches, could comfortably fit into the jumpseat of the vast number of commercial airplanes. She had successfully finished and passed all training and safety standards, including being attached to a jumpseat using a four-point harness, according to Blackmon’s complaint, which was submitted last month in Florida where Spirit is based.

Blackmon, who is from Houston, Texas, claims she was capable of showing her ability to use the several jumpseats and harnesses found on Spirit’s Airbus A320 series aircraft and that she has flown multiple trips without any problems. She didn’t realize she couldn’t secure herself into the jumpseat due to her weight until she was working for a flight on the Airbus A319 on September 3, 2021.