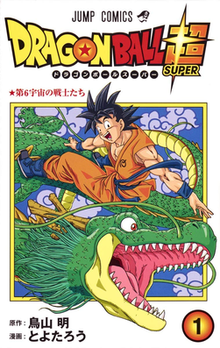 There are just a few sorts of Saiyan power that Goku hasn’t mastered, and when it comes to Saiyan powers, Goku is hard to beat. Without a doubt, the hero tends to pick up on the majority of them, such as Super Saiyan God. Now, because of the efforts of one artist, the form is getting a genuinely remarkable makeover.

Because of the work of Nova4Nation, the content was obtained from Twitter. While there, the artist revealed their interpretation of Super Saiyan God Goku, and the regal transition is nearly flawless.

According to Comic Book, like Super Saiyan 4 did back in the day, this Dragon Ball Super makeover makes reference to Goku’s origins.

Going into this battle, Goku channels his inner ape by donning a tail and wearing fur on the inside of his chest. While Goku’s Super Saiyan haircut has been replaced with his normal style, the rest of his hair has been turned golden. Here, the only variation is in the color, and Goku looks great in this golden shade.

The report also stated that with his overall appearance, Goku is wearing a scarf in this form, and Super Saiyan God provides the star with arm and foot arm braces. The final accessory depicted in the artwork is a staff that looks quite similar to the one Goku used to play with as a child.

Super Saiyan God is transformed into a God-like being as a result of this stunning transformation. Its vibrant colors and fluid design are just what fans are looking for in a transformation.

The release of Dragon Ball Super Chapter 80 is now here. This chapter continues the battle between two fighters who used the Dragon Balls to wish they were the strongest fighter in the universe, and it will be available in a few days.

Epic Stream revealed that in the aftermath of a fierce exchange of attacks between Granolah and Gas, Elec reveals that Gas has been hiding his strength with the pendant on his forehead for the entire time. Gas’s body begins to change radically as he loses control: his muscles become thicker, and two large horns grow downwards from the sides of his forehead.

Bardock struck Gas with a tremendous Ki blast, similar to Goku’s final attack on Frieza on Namek, before the planet collapsed. Back in the present, Gas’ memories make him unstable, and Goku’s punch injures him. Gas is confused and sweaty as he recalls his confrontation with Bardock.

It also revealed that Gas will likely battle both Goku and Vegeta in the future chapter, but it is unknown if Granolah will recover and fight the universe’s strongest warrior.