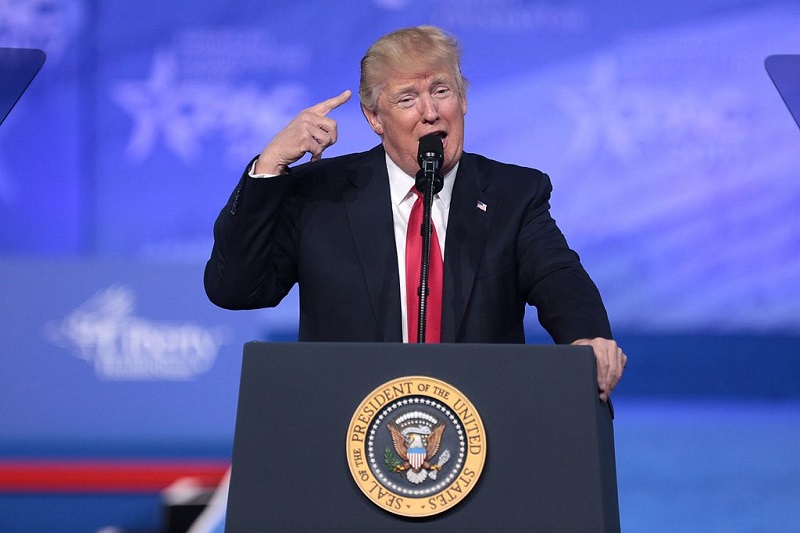 According to recent federal disclosures, Donald J. Trump’s political organization raised more than $51 million in the second half of 2021, continuing his dominance of the Republican fund-raising scene in his first year out of the White House.

Trump’s entire war fund as of 2022 was $122 million, more than double the cash on hand of the Republican National Committee, as he continued to solicit his internet followers at the same rate and intensity as during the campaign.

The large number provides Trump with a significant advantage if he decides to run for President again, as he has stated frequently. Trump remains the most popular person in his party among Republican voters, but his margin over potential competitors in 2024, particularly Florida Gov. Ron DeSantis, has eroded in recent months as he faces new threats to his unchallenged leadership role.

While his $122 million is held in federal accounts that can’t be used for a presidential campaign, he may use it to fully support his campaign for the time being, including paying for rallies, television commercials, and even directing money to his own companies.

Trump’s main campaign account, the Save America PAC, spent about $1.5 million with the business that organizes his rallies, according to federal records. Facebook advertising cost another $1.3 million. Although Trump was banned from Facebook in early 2021, his campaign operation is still allowed to pay for ads, The New York Times reported.

According to documents, the Save America PAC spent another $517,000 on payroll expenses and over $100,000 on the Trump Hotel Collection for housing, food, and facility rental fees.

One significant concern is how liberal Trump will be with his money to candidates he supports in the 2022 midterm elections. Trump has already announced a slew of endorsements, with more on the way. When it comes to spending money, though, he has been considerably more frugal.

According to recently published records, he gave $1.35 million to others in the second half of 2021, including $1 million to an institute where his former chief of staff Mark Meadows is a senior partner.

Per The Hill, supporters of Trump believe that because his campaign account is so large, he should start tapping into it — both to show his support for other candidates, which builds goodwill, and to start putting together a campaign infrastructure for 2024 if he decides to run.

How Rich Is Donald Trump: Former President’s Net Worth Before and After Presidency

Wealthiest, Youngest Youtuber: Shocking Earnings Per Day May Be Worth Our Yearly Salary!