Cryptocurrencies have been in the news ever since Russia invaded Ukraine; the ever-volatile Bitcoin is in much demand in Russia.

It is the biggest war in Europe after Second World War. Bitcoin initially tanked in its values when Russia invaded Ukraine, and investors are offloading riskier assets. Bitcoin values have tanked by as much as 8% on Thursday, and the European stocks (.STOXX) fell 3.3%, while the S&P 500 (.SPX) added 1.5% reports reuters.com. 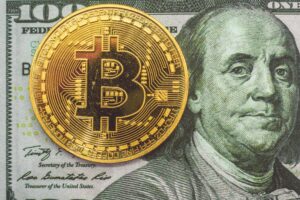 The path of Cryptocurrency and stocks are intricately entwined, albeit to differing degrees. Bitcoin (BTC) values surged by 14.5% on Monday in what could be described as the best growth in the year. Since the invasion began, BTC values have surged by 12%. U.S. stocks have made smaller gains, with the S&P 500 (.SPX) edging up 3.3%. MSCI’s world index (.MIWD00000PUS) is down slightly.

Joseph Edwards, head of financial strategy at crypto firm Solrise Group feels that Bitcoin is delicately interlinked with U.S. equities throughout this crisis.

Crypto fans see Bitcoin (BTC) much akin to Gold and call it Digital Gold. Bitcoin is always infinite quantities and is present on a global computer network and runs on what is known as Blockchain technology. As a result, it is beyond the reach of governments and is much safer than traditional currencies.

In a war situation, the features of Bitcoin have led to a surge in demand

Things are not as simple as it looks, and Bitcoin safe havens are unclear. The high volatility means cryptocurrencies are akin to risk-on assets such as stocks. In a war situation, the features of Bitcoin have led to a surge in demand and also helped it outperform other traditional havens. For example, gold prices have surged 2.6%, while the U.S. 10-year Treasury yield has tanked 8.7% since last Wednesday.

Cryptocurrency trading in Russia has surged as the Central Bank Fiat Currency Ruble has crashed in its values after crippling sanctions by western nations for Russia’s invasion of Ukraine. As a result, the Russian public is scrambling to convert their fiat currencies into Cryptocurrencies. According to the researcher, on Monday, CryptoCompare trading volumes of Ruble and major cryptocurrencies surged to 15.3 billion rubles ($140.7 million), representing a three-fold jump from a week earlier.