The sports comedy-drama series Big Shot was created by David E. Kelley, Dean Lorey, and Brad Garrett for Disney+. One of the most talked-about series on the network, it has grown swiftly. Fans have been speculating about the show’s return to Disney+ since the first season’s launch. In September 2021, the show received a second-season renewal, in case you missed it. Fans will finally be able to watch the new episodes this fall season after a year of waiting.

Furthermore, Disney+ is one of the top competitors, having raised the bar by creating new and original content for many genres, which the catalog must continue to expand on. If you’re wondering what’s next for this incredible series, which has earned mostly positive critical acclaim, and want to know when Big Shot Season 2 will be released, look no further because we’ve compiled all of the important information on Big Shot Season 2. Continue reading until the end to find out all of your answers. 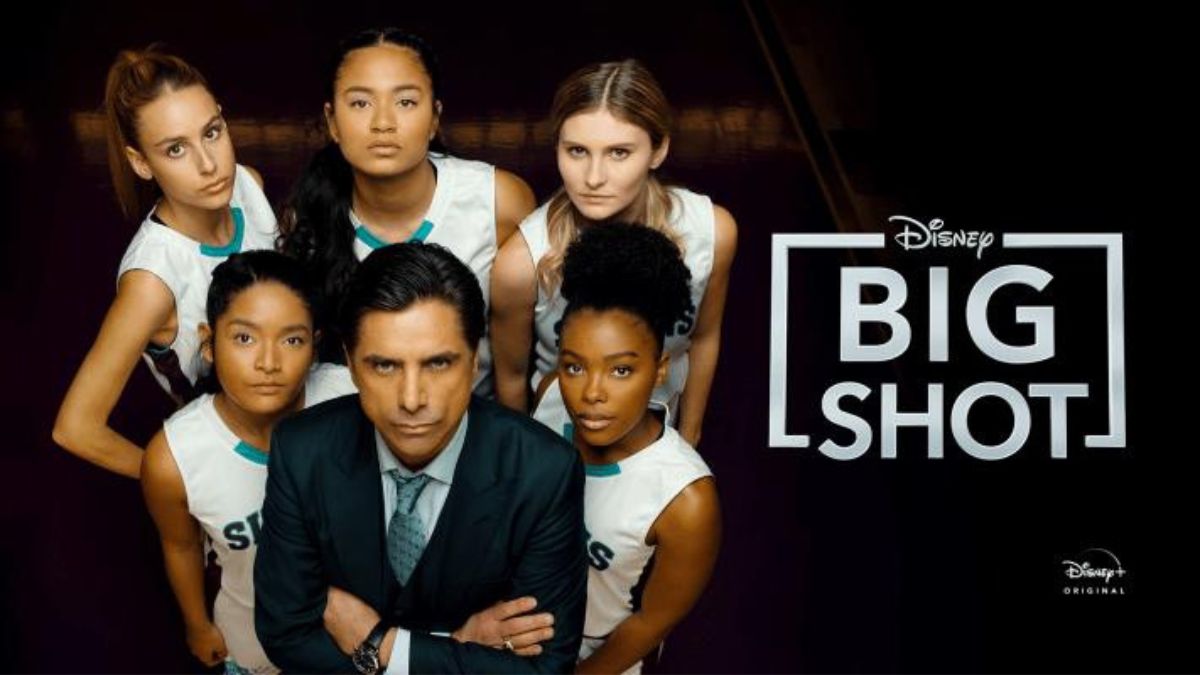 By announcing that Big Shot Season 2 would debut brand-new episodes on October 12, 2022, the network has formally announced that the show will return this year. The second season of The Unversed’s production began shooting in early 2022.

On September 11, 2022, the official Big Shot Twitter account tweeted the following update to its followers: “Season. Division. #BigShot season 2 starts streaming on October 12 on #DisneyPlus. #D23Expo.” Here is the official post for your review:

“We are thrilled to be returning with Big Shot,” said Kelley. “The show has touched so many hearts — John Stamos’ brilliance, especially, as Coach Marvyn Korn. We look forward to Season 2 and beyond.” Stamos, whose Frank Sinatra Jr. kidnapping podcast Snatching Sinatra is currently airing, said that the series “represents everything Disney is to me — family, inclusion, and unity.”

He added: “But at its core, Big Shot is about guts and heart, and that is what Disney+ demonstrated by giving us a second season. I am sending lots of love to the critics and fans that got up on their feet and cheered for us from the sidelines. I’m so grateful to continue to play Coach Korn, a man who learns to let go of pre-conceived judgments and learns from an incredible group of women, helping him to evolve and grow. And yet, he still has so much more to learn…thankfully he’ll get that chance in Season 2.”

In “Big Shot,” Coach Korn (John Stamos), who was expelled from the NCAA, is offered a second chance by being hired as a coach at a prestigious private high school. He quickly discovers that the teenagers players need empathy and sensitivity, which are alien ideas to the stoic coach. Marvyn begins to develop into the person he’s always desired to be as a result of understanding how to connect with his teammates. The girls find their footing both on and off the court as they start to take themselves more seriously.

According to the official press release, Marvyn’s (Stamos) most recent strategy for staying relevant in Season 2 is to get his club televised on ESPN. His approach is to sign an improbable player: Ava (Sara Echeagaray), a brave beach volleyball prodigy whose outburst in public caused her to be banned from the sport. The Westbrook Sirens had, even more, to prove as a result of losing assistant coach Holly Barrett (Jessalyn Gilsig) to a rival school, new team rivalry, unexpectedly close closeness to guys, and off-court catastrophes that no one could have imagined this season.

Big Shot Season 2 will only be available on Disney+ when it is launched. The viewers can purchase a subscription package that best suits their needs, enabling them to see fresh episodes based on where they are when they are released globally.